Introduction
I am Jean-Luc Romero-Michel, president of Right to die France (ADMD), regional MP of Ile-de-France region and deputy-mayor of Paris 12.
Presentation of ADMD France

Let me tell you first the position of France, my country, about the issue of end of life, and, then our strategy to obtain a law of ultimate liberty. 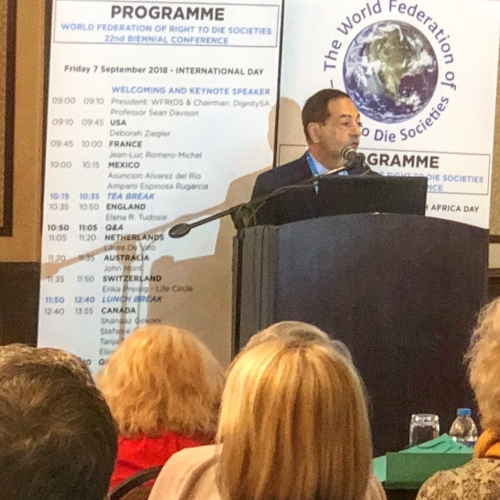 Public opinion
Opinion surveys over the last 20 years up till the most recent surveys show that 9 French people out of 10 are in favor of euthanasia and/or assisted suicide.

Legal aspect
There have been 3 successive laws in France over the last 11 years  (2005,2010 and 2016);  these were drawn up by the same Member of Parliament, a conservative who is  totally opposed to legalizing euthanasia.
The law allows terminal sedation and acknowledges advance directives or living wills. However power still rests with physicians.  According to the 2016 law, terminal sedation is limited to end of life cases and is diversely applied, depending on the treating medical staff.

Present political situation
The new President of France, Emmanuel Macron, who was elected in 2017, has made no commitment on the issue of end of life, but he did say that he would like to be able to make the decision on his own end of life.  For the first time ever, this President organized a dinner, on the topic of end of life, at the Presidential residence (Elysée Palace). Guests were about a dozen people among whom the President of in ADMD who had the opportunity to discuss the issue. Unfortunately, the President is favorably  inclined towards religions,  which is not an asset for us.
The National Assembly, elected in June 2017,  is more supportive than it has ever been;  no doubt the majority of members are in favor of the right to die in dignity.  Three draft laws have already been put forward, one of which by the group supporting the President.
The Economic, Social and Environmental Council, 3rdChamber of the French Republic, expressed itself in favor of euthanasia, in April 2018.
The Citizens Committee, formed in the context of the laws on bioethics expressed itself on euthanasia in May this year;  two-thirds of the members were in favour of this measure.
In the opposition are the positions held by the Minister for Health  and the HAS(High Authority on Health) who  run counter the  opinion of 89% of the population;  also  a few cases highlighted in the Press  stand as evidence of the failure of the Claeys-Leonetti law.

Our strategy at the political level:
Meetings with the relevant National Bodies, with MPs;  our 120 delegates all over the country are requested to meet with the Government representatives in the various regions
Call on our members to write to MPs and attend meetings to meet party officials ( a media kit has been prepared to this effect).
Hold large meetings to which MPs from all over the country are invited
Take the opportunity of invitations from the many Associations and political groups to present our position.
In April a wide campaign was launched leafleting, distribution of flyers on French market places.

At the Media level
Issue of my latest book “Lettre Ouverte à Brigitte Macron”  (Open Letter to Brigitte Macron) and participation in the very high audience TV Talk Show  “On n’est pas couchés” ,  a one-page interview in  the daily newspaper “Le Monde”…… +  many meetings all over the country.
Press releases almost weekly
The 4thADMD Tour organized in July 2018 was the opportunity for regional press coverage daily, at a time of the year when delegations do not hold meetings
On the World Day we will be organizing 100 events in France.

At the level of social networks
ADMD has a strong presence on Twitter, Instagram and Facebook. All delegations (120) have an account on Twitter;  daily we post testimonies
The action of our Young ADMD section, addressing specifically young and active members is widely developed on the social networks with many  video clips.
A newsletter is sent out to all decision-makers every  week.

Conclusion
What can we expect over 2018 (two thousand and eighteen) /and 2019 (two thousand and nineteen)?
2018 and 2019 will be crucial years
Members of Parliament have a window of opportunity between October 2018 and March 2019 because we don’t have elections
After, it will be more complicated.
However, our opponents are mobilized:  the Church, the huge group opposed to Gay marriage (referred to as Manif pour tous), mandarins.
ADMD is implementing all ways and means to reach our goal which is that of Ultimate Freedom.  Today, it can be achieved. 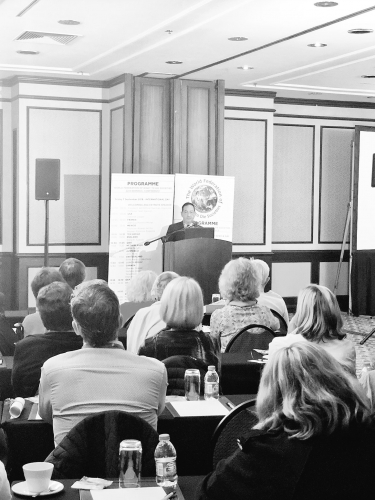