Dear friends,Today, more than ever, England deserves to be called " perfidious Albion " which comes from the Agincourt battle. Have you in any way failed to be chivalrous? No, not a single time. You, the British, are just winning battles which we, the French, don't seem to be winning, although we are supposed to be the country of “human rights”. On the difficult road towards freedom, you seem to be way ahead of us.Indeed, Great Britain, which always appeared to be the guardian of all traditions, seems to be drowning in a reforming, nearly anarchistic storm... Sorry, I am joking.After having abolished hunting in 2005, you just legalized same sex marriage without any of the problems and the massive homophobic demonstrations we had in France and, now, you are about to legalize assisted suicide. 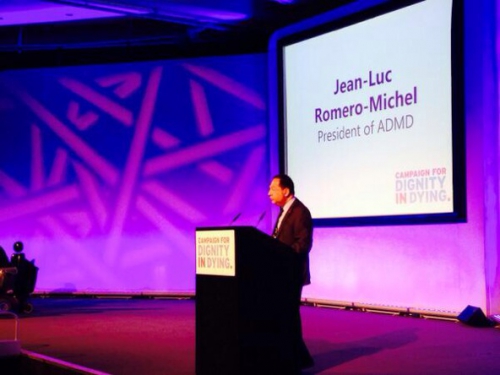 Being an active campaigner myself, I can only admire the excellent job you have done, tell you how much I admire and respect you for all the work you have accomplished. My heartfelt congratulations to the team of Dignity in Dying.Do you remember my visit in May twenty thirteen (2013), a year ago? It was during my language course in London. I hope you notice the improvement of my language skills in spite of this bloody French accent? Forgive me if I don't do justice to your beautiful language. 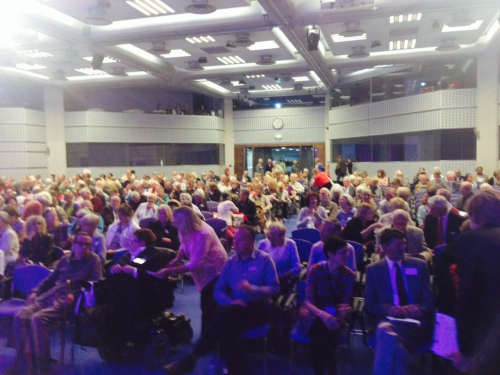